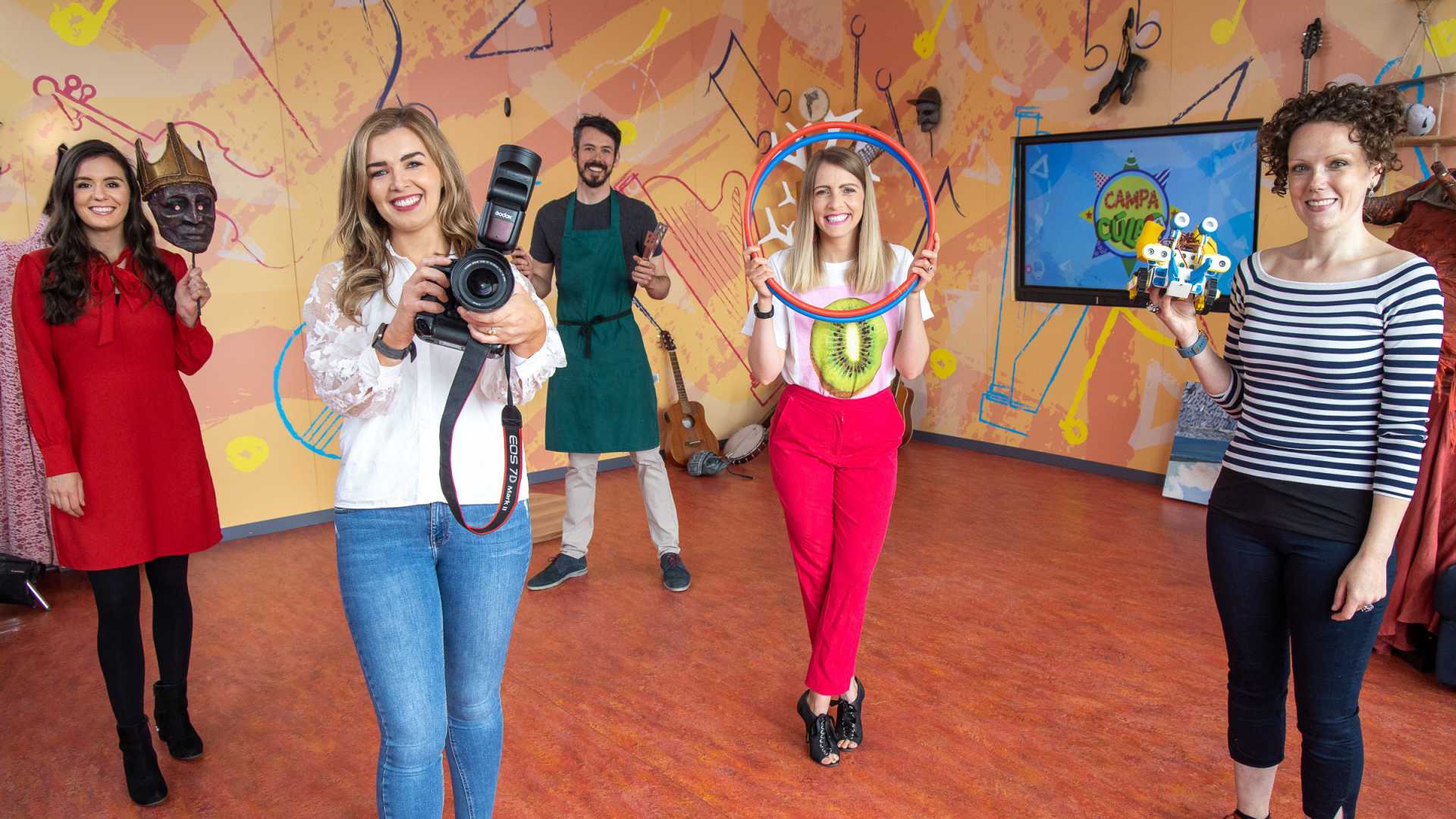 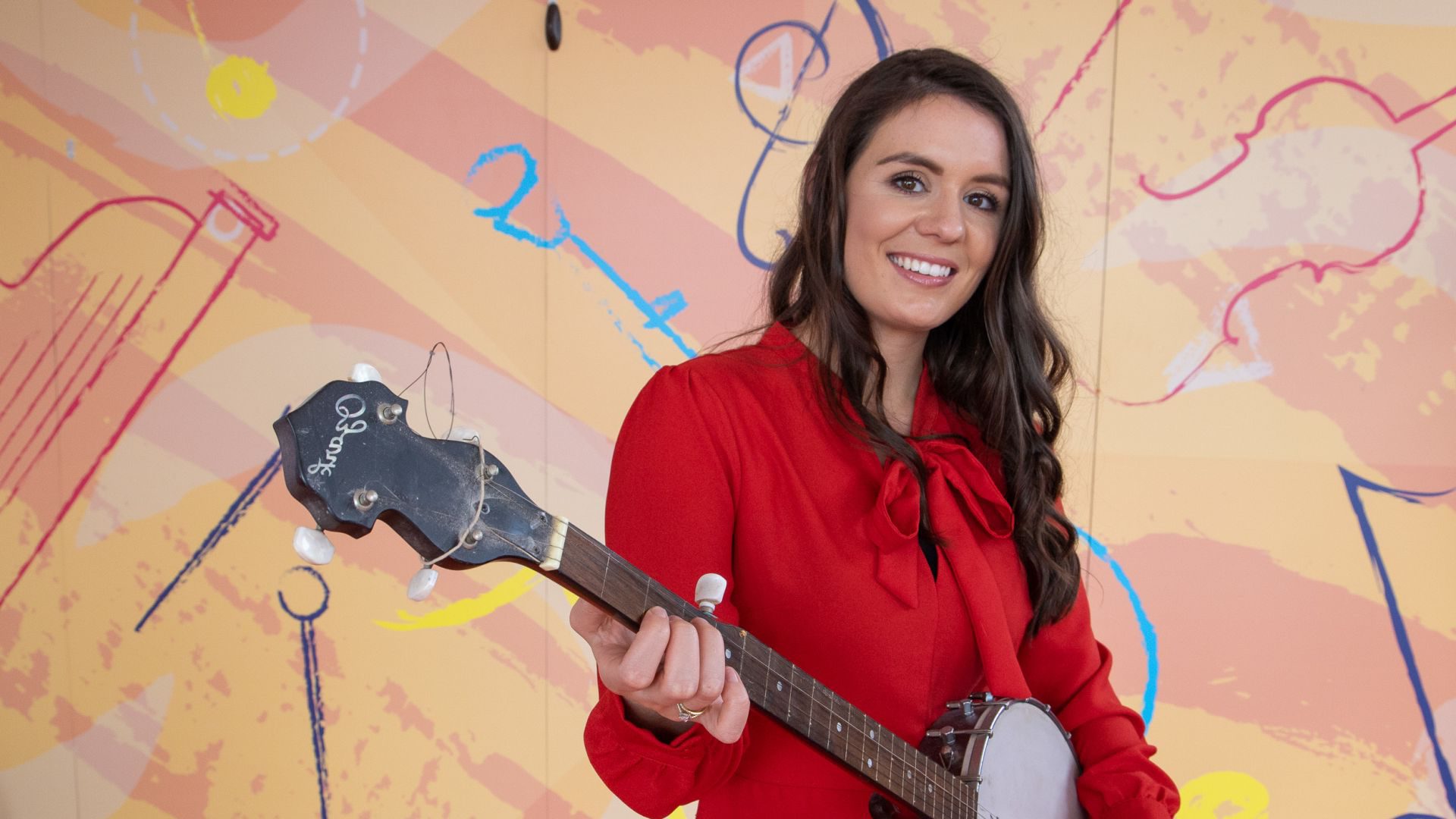 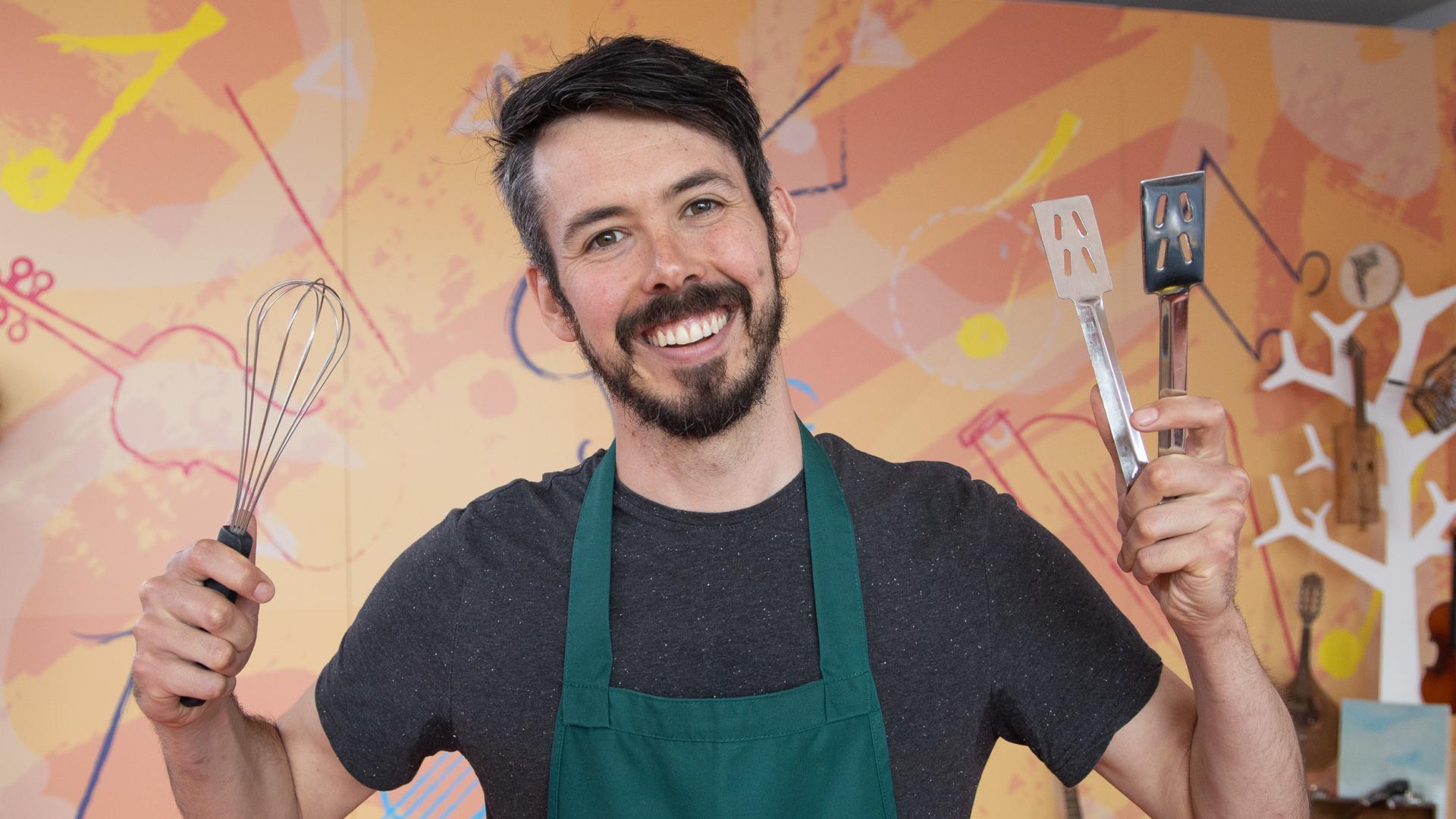 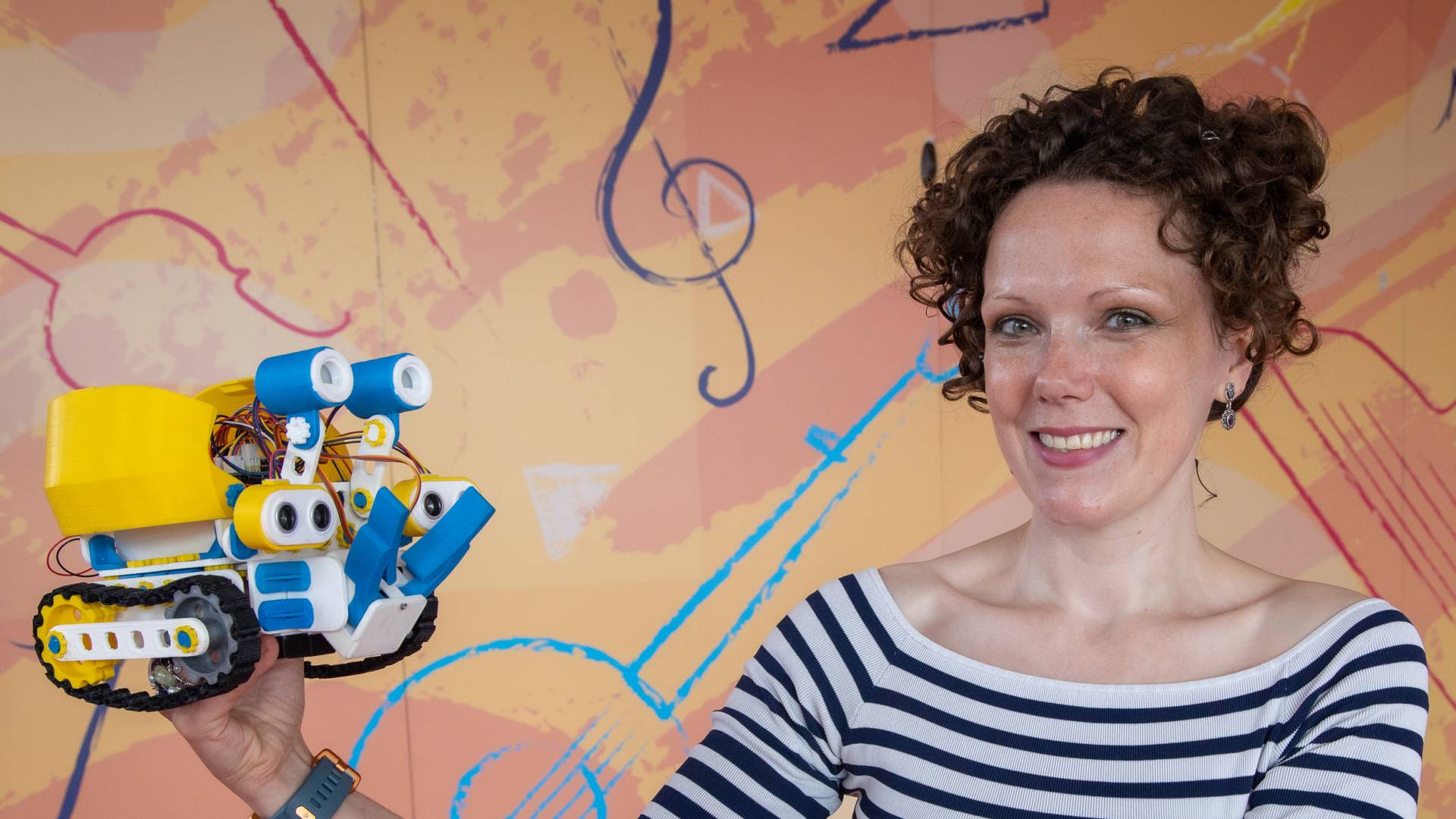 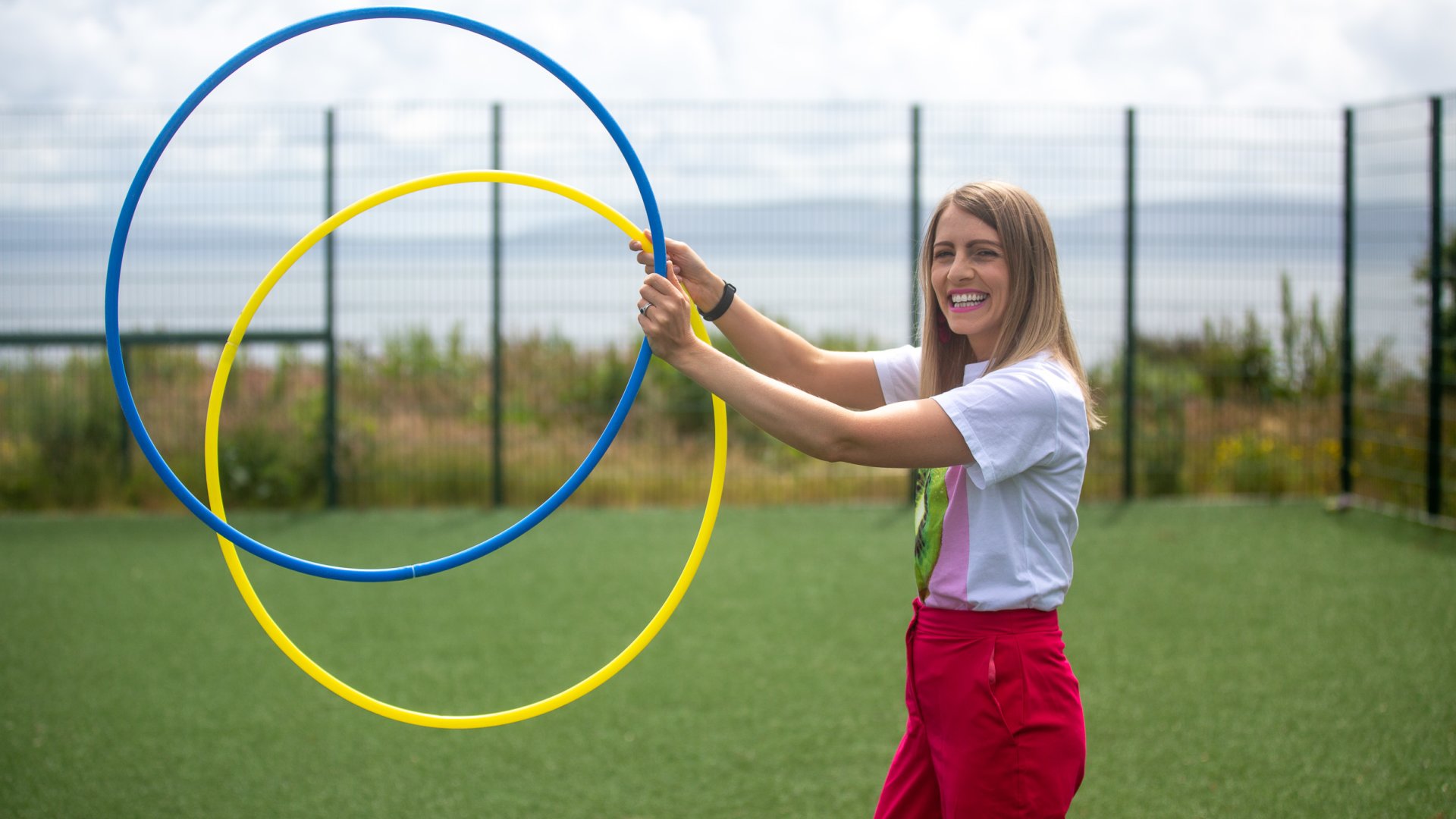 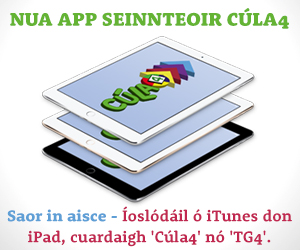 Now that we are all staying at home, media was never as important as it is at the moment. Caitlín Nic Aoidh will present an interesting week, presenting various facets of media.

We are currently experiencing technical difficulties with our subtitles on some browsers. We are working to resolve this as soon as possible. Meanwhile, you can access the subtitles via our IOS App (free to download).

To choose subtitles, press cc in the player controls.

If we have Irish language subtitles available, these can also be selected as an option.

If you are viewing on Explore 8, Windows ’95 or older platforms, these changes will not function. You need to upgrade your browser to avail of the subtitles.

Please let us know if you have any difficulty.

A fun and entertaining series that focuses on the educational, athletic and cultural development of young people. There will be a new theme each week. Presented by Orla Ní Fhinneadha, Diarmuid Ó Mathúna, Jules Ní Chonchubhair, Máire Treasa Ní Dhubhghaill and Caitlín Nic Aoidh.

Campaí Cúla4 will host five summer camps, each with a different theme, that will give children the chance to put a wide range of interests into practice. Each camp will feature a different presenter who is an expert in the theme of that week’s camp.

Week One – The Traditional Arts – The first camp will be hosted by Orla Ní Fhinneadha, a TG4 weather presenter and primary school teacher. Orla Ní Fhinneadha B.Ed, M.Ed, DGCS, is a primary school teacher from Conamara. She has won awards for singing at Oireachtas na Gaeilge and at Fleadh Cheoil na hÉireann. She works hard to promote the traditional arts among the young generation in Conamara.
Orla will present all aspects of the Traditional Arts in this camp, from sean-nós singing and various styles of dance to poetry, luibíní and even rap. There will be special guests, such as Cillian Ó Donnchadha, advising on drama and acting skills, and Seóna, who will teach tunes on the tin whistle, in five lessons throughout the week. This will be a merry, musical week that will inspire us all to start composing.

Week Two – Food, Wellbeing & Nature – Diarmuid Ó Mathúna, the Corkman who captivated us with his weekly recipes on Cúla4 ar Scoil, is back! Diarmuid loves to eat. In fact, it’s how he spends most of his time: in the kitchen, preparing and eating food! When he’s not eating or cooking food, he’s thinking about it, talking about or writing about it. Diarmuid will present us with more tasty dishes and will introduce us to food from around the world. We will trace the journey of food from a farm in South America to a plate in Inis Oírr! He will be joined by special guests describing food and nature around Ireland, and we’ll also learn about camping in the open air.

Week Three – Technology & Creativity (STEAM) – The Technology & Creativity camp will be hosted by Jules Ní Chonchubhair from Techspace. Jules has a background in sound engineering and computers. She likes finding new and creative ways of making STEAM training available to everybody. She is particularly interested in creating an inclusive environment for STEAM education. In the context of the world we live in today, where everyone depends on technology to stay connected to each other, Jules will host an entertaining week that will answer the questions of “why, how and when” through investigation and fun. From technology to engineering, we will learn about the world around us.

Week Four – Sports & Fitness – Máire Treasa Ní Dhubhghaill will host the Sports & Fitness camp. Máire Treasa is the face of “Rugbaí Beo” on TG4. Kids will be motivated to get off the couch and take part in fitness along with Máire Treasa. They will learn how to stay well and healthy at home and they’ll be introduced to the many sports that can be played. Máire Treasa’s guests will investigate a whole range of sports, from football to judo to sailing. This week will be full of fun, sports and high energy!

Week Five – The Media (television, radio, podcasts, vlogging, writing) – this is a great opportunity to link in with Raidió na Gaeltachta, Tuairisc, Irish-language journalists, etc. The media have never been so important. Now that we are staying home, we depend on the media, one way or another, to get the latest news, to stay in touch with each other and to provide entertainment. There will be frequent reminders on how to stay safe online and how to share content safely. We will learn how to put a radio programme together and how to edit a newspaper. Caitlín Nic Aoidh will present this engaging week, presenting the various elements that make up the media. Caitlín is from Cloich Cheannfhaola in the Donegal Gaeltacht. She spent several years teaching before moving into the media. She has been working with TG4 since 2015, as a weather forecaster and continuity presenter, as well as on a range of live and pre-recorded shows. She is experienced in social and digital media as well as presenting on-camera.